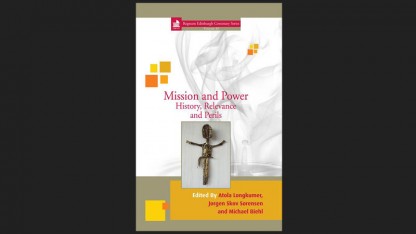 What Would Luther Do?

Constructive bits in the lutheran tradition
However, digging into one’s own tradition and theological history, we may also find elements by which we are given tools to grasp and work with our new plural situation today. Celebrating the 500th anniversary of the reformation in 2017, as a Lutheran speaking on mission, where could I pinpoint constructive bits and pieces coming out of my particular Christian tradition? Where could Lutheran thought add to a contemporary and not least theologically legitimized understanding of Christian, theological plurality?

Not showdown with pastoral leadership
What Luther taught on the issue was part of a larger political context – as was so much of reformation theology. This has been rather clearly demonstrated by Timothy J. Wengert in his monograph, Priesthood, Pastors, Bishops, where he reveals how the concept of the priesthood of all believers is rather to be seen as a pious myth than a dictum by the reformer himself. ‘The priesthood of all believers’ is not a final showdown with pastoral or priestly leadership in the church. Neither is it authority given to all believers in the sense that all are believers are spiritually powerful individuals.

The body of Christ: A global entity
The body of Christ has expanded and become a global entity with authentic and autonomous churches and strong church leaders on every continent. This is the new situation and one that constitutes the major difference between Edinburgh 1910 and Edinburgh 2010. To many people who adhere to the ‘old Christendom’ paradigm, i.e. a Christianity dominated by European and modernity’s paradigms of perceiving and understanding the world and all that comes with it, this constitutes both a joy and a challenge. New churches emerge: Joy.! Christianity is changing its face as it grows into the world, the West hereby losing control: Concern.! Now, what would Luther have done in a situation like this?

Open up for not having one uniform, or relatively uniform, church tradition
Being a committed reformer who managed to convince larger parts of Europe to follow him and not the Pope, Luther would have been concerned, too, by losing control. His agenda was for the prevailing church hierarchy, the papal church, to lose control, and for him and his followers to gain it. But we can still apply his ‘priesthood of all believers’ idea to the current situation, especially if we work under the interpretation suggested by Wengert. By applying the idea of ‘the priesthood of all believers’, we do not necessarily say that everything is equally good or equally qualified. This was not Luther’s intention either. We do, however, open up for a splintering process, leaving behind the certainty that lies within having one uniform, or relatively uniform, church tradition.

A reformer with early traces of post-colonialism within his thoughts
Speaking of ‘the priesthood of all believers’ is rather a reaction against all authorities of the global church. Luther reacted against the unequal powers and principalities of his own church, which ultimately led to the questioning of concepts like control and universality. In that sense, one can talk about Luther as a reformer with early traces of post-colonialism within his thoughts. Or at least – even though the reformer hardly anticipated such – one can say that the consequences of the Reformation prepared the ground for the multiplicity of theologies which are a reality of the global church today. Seen in this perspective, that very same multiplicity is to some extent that for which post-colonial theologians in various ‘reformation-like ways’ are struggling to gain recognition.